First the bad news. Large companies are still struggling to successfully implement their transformations and their boards still have a long way to go to really master the digital challenge.

That’s the view of Dr Didier Bonnet the Executive Vice-President at Capgemini Consulting and the leader of the firm’s global Digital Transformation practice. He is also the executive sponsor for the six-year old research partnership with the MIT’s Initiative on the Digital Economy.

There is some good news though. Bonnet said CEOs and their teams are clearly more aware of the impact of digital technology on their businesses, due to greater exposure to the issue via the the analyst community and the business press.

Incumbents have also opened their wallets and invested heavily in their digital capabilities, according to Bonnet.

“Companies have hired new digital talents: faced with a lack of digital literacy, most corporations have introduced new digital skills on their teams.” 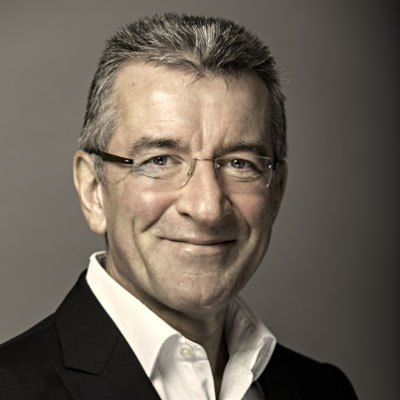 In an interview marking two years since the launch of Leading Digital, a book he wrote with Andrew McAfee and George Westerman, Bonnet told Which-50 there has been an explosion in the number of hires of Chief Digital Officers to take responsibility for leading digital transformation.

“In my view CDOs can be useful catalysts and accelerators of digital transformation but it is in no way a sure recipe for success.”

Most of the companies he meets these days had digital at the top of their agenda.

“One thing that has not changed is the importance of having a strong transformational leader at the top of the organisation to drive the digital change.”

Boards have also evolved, but it's slow going, he suggests. And the research bears him out.

A 2015 PWC survey for instance revealed that 79 per cent of company directors were not satisfied that their boards had the sufficient digital proficiency to anticipate the competitive technological threats and opportunities for their firms.

Other studies have confirmed this lack of digital literacy. Bonnet references research into Fortune 500 companies suggesting less than 20 per cent are really equipped to deal with this technological challenge.

“So what have we seen evolving at corporate board level? With regards to senior non-executive hires several companies have added proven digital talents to their board. For instance, Walmart’s board has both Instagram co-founder Kevin Systrom and Yahoo’s CEO Marissa Mayer.”

He said many headhunting firms have made a business of sourcing such digital talents to beef up board’s digital literacy.

“In my view, this is a good start, but adding leaders from born-digital firms is not a panacea for success. Often what boards need is transformational digital talents – people that both understand the power of these new technologies but also the complexity of using these technologies for business impact in large complex organisations.”

Bonnet’s contention is that many large firms struggle not so much on where they need to put the investment (The What) but more on how they adapt organisations to gain competitive positions (The How).

“These talents are unfortunately few and far between, it’s a seller’s market.”

He said he also sees some evidence of the emergence of digital advisory boards. “We’ve seen an increase in these type of advisory boards who act in parallel, or as advisors to the main board.”

Industrial giant GE for instance created just such a board in 2011 with skill sets ranging from gaming to data visualisation.

However, such cases are still rare. For instance a 2015 study from Egon Zehnder, found only 10 per cent of the Fortune 500 companies take this approach.

“So progress has been made but in my view at too slow a pace to be able to cope with the fast advancing progress of technologies such as AI, machine learning, automation, IOT and the like.”

We asked Bonnet what has surprised him most over the last two years, and the lack of urgency around the investments in digital skills topped the list.

“We published in 2013 a study on 'The Digital Talent Gap' which showed that over 90 per cent of companies lacked major digital skills to successfully execute their digital strategies. I’d be surprised if this figure has moved by more than a few percentage point in the last two years.”

Bonnet said everyone is aware of the problem, but very few are tackling it in any meaningful way.

He suggested three reasons for this tardiness.

Many executive teams are too focussed on designing the perfect solutions to drive business change but often address the people element of this change as an afterthought. Human resources departments are not rising to the challenge. Mass upskilling of this nature is a complex endeavour and there is no silver bullet. It requires an orchestrated programme of hiring, training, mentoring, partnering, incubating and so on. And there are too few companies designing such programmes.

At the institutional level it is even more complex as it requires stakeholder alignment not just amongst industrial firms but also with educational and governmental institutions. The EU will launch in December this year a “European IT Professionalism Framework” to try and harmonise the skills set requirement and accelerate the ramp up of digital skills. “I firmly believe that, with the increasing digital divide happening within firms, the threat of technological unemployment becoming more and more visible and the competitive pressures to accelerate digital transformation, this is an under-resourced area and it’s moving too slowly.”

By Andrew Birmingham, editor-in-chief and publisher of Which-50.

Latest Magazine from Which-50 Magazine